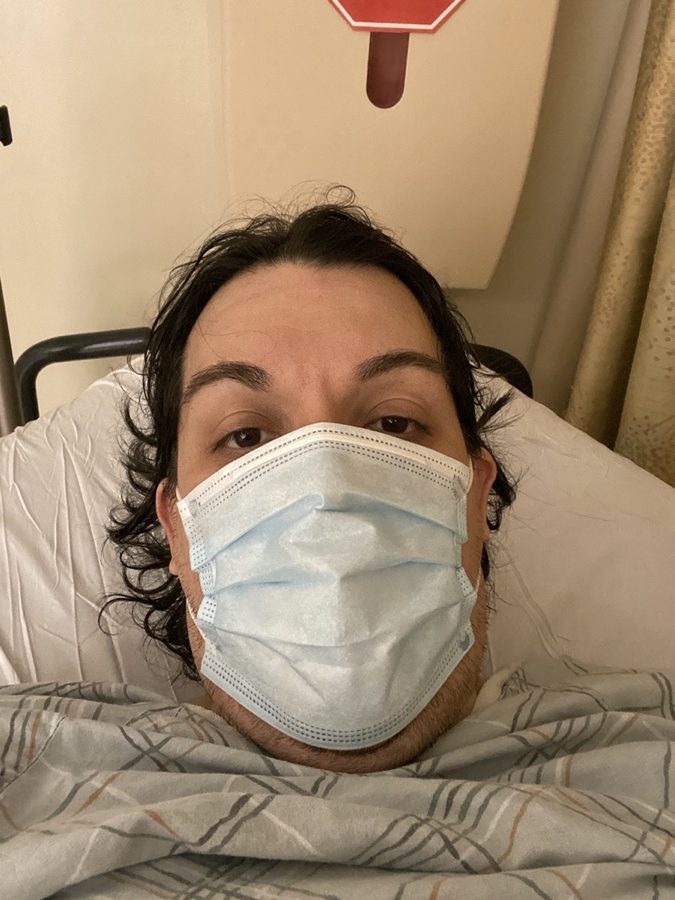 Two weeks ago I was laying in bed and I got really dizzy. I saw my ceiling fan flicker and move about 5 or 6 times though I was perfectly still.

At first I thought that maybe I just moved too fast and that it would pass. However, as the minutes continued to pass I continued feeling movement, and though there was no flickering I was still dizzy as all heck.

I got up and jumped on the computer to see if could find an open citymd or something, no such luck. I did find a teledoc consultation available through citymd and I spoke with a doctor. After a few questions and some routine checks he advised me to go to the ER in the event that I had a stroke. He said it was unlikely, but that I shouldn’t take a chance.

I went to the ER room at Northwell in Forest hills. Long story short, I spent the whole night there. They did some blood work, cat scan, EKG, and gave me some medicine called Meclizine which is like dramamine on steroids and is supposed to help with dizziness. Well, it didn’t work for me. In fact, I’d argue that this medicine made me even foggier and more hazy. I’m not a fan of losing control of my faculties, and between the dizziness and meclizine I was totally not myself.

After spending the night there, terrified because of Covid and the fact that I thought my brain could be exploding, they sent me home. Nearly everyone I worked with there was nice, though you could tell that some people were nicer than others. And despite the likelihood that this problem originated from my ears, no one looked at my ears even once. Mind you, I suggested it, but nah, they good on that. Also, I had to send my son back home, they wouldn’t let him in with me due to covid so I saw no point in him sticking around all that time. This visit yielded no results other than to rule out any “immediate” grave danger.

So as my stay in the ER didn’t produce any good results, the next day I took my dizzy self to the city to see the only ENT that was available that day. He was a nice guy but I don’t think he was very thorough. At least he looked at my ear, but I felt the Epley maneuver check was a bit rushed. I’ve tried to get a hold of him a few times since then and have been unsuccessful thus far. He did call me back once but I was in the shower at the time. He prescribed me prednisone to see if that helps and asked me to get a covid test. He wanted to rule covid out as a little known, rare effect in asymptomatic people is random dizziness.

So, the next day I went and stood in the blazing heat to get a covid test to try and determine if it was possibly covid related, I also did the antibody test, cause, why the hell not? I’m still waiting on both of those results. LOL.

In any case, a day or so later I went to another doctor, this time I went to see a neurologist. That place was one of the worst run medical practices that I have ever been to. Except for one person there, one of the techs, I feel that everything there was a chaotic mess. People were screaming, staff was screaming, no one acknowledged me though I was standing on line alone for a long time. I came so close to walking out several times. They eventually acknowledged me once I got fed up and stopped waiting for them to call me and went right up to one of the clerks.

“May I please have some direction, I’ve been standing here and have no idea where I’m supposed to go?”

I’m sticking with them because they already ordered my MRI and I think I’m kind of stuck with them. At least you would hope that the doctor is competent enough to tell if my brain is exploding or not. I will not remain with them after this at all, but since they’ve already started the process, I’ll ride it to the point where I get my MRI results. Then it’s adios. Horrible place. I’ll review them specifically at a later time.

The last few days I’ve been doing brandt dorf exercises to help with the vertigo. I’m doing better overall, but still have moments where I feel dizzy. However, none has been as bad as those first few days. Also, knowing that this is vertigo and not some brain explosion helps me wait it out and stay calm. I was able to workout for the first time in weeks yesterday, and though I felt a bit uncomfortable, overall I’m much better. I hope this goes away completely and very soon.