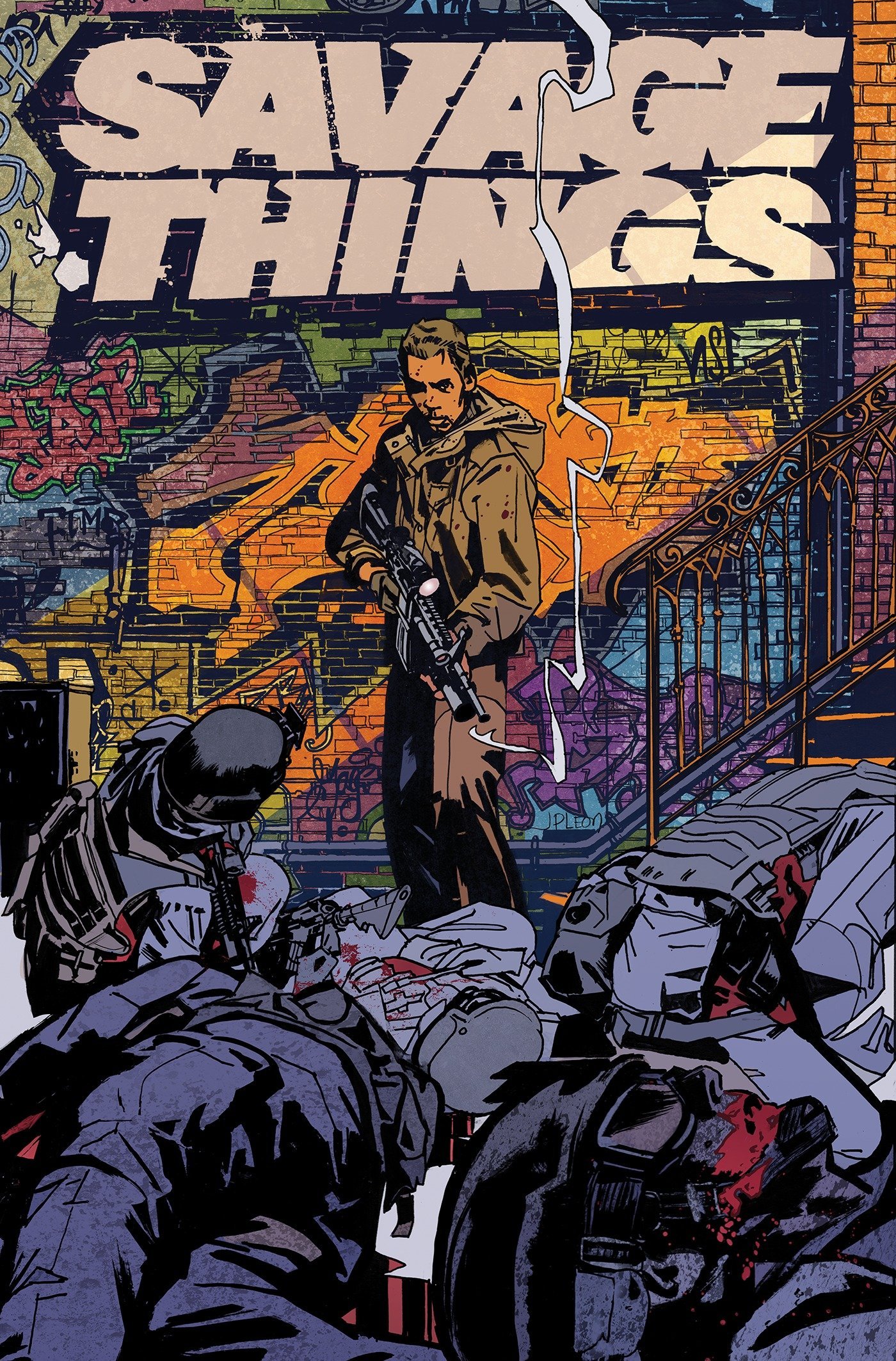 This story is built around an organization who kidnaps young sociopaths and then trains them to use their skills to carry out their desires. “Hey, we know you are going to grow up to be a serial killer, so why not use those talents for us?” Right from the start this comic is pretty brutal and vicious. I mean, it is like, “Damn bro, what’s up with that” kind of violent.

The main character’s mindset, Abel, doesn’t make a whole lot of sense to me. He isn’t driven by any desire for revenge or payback for what is done to him at all. Even though he is technically incapable of feeling, I figure he should still be able to think from a practical standpoint and at least want some payback for being wronged by this secret government organization. But he doesn’t seem to care, not on a personal level anyway, and that’s what I don’t understand. I guess that detachment is just the way the mind of a sociopath works and that’s why the wanted them for their crew of killers.

As far as the main villain, (you guessed it) Cain, that’s where it gets a little tricky. See, I can identify with him and his crew because even though they are the “bad guys,” they became that way because they were betrayed by this organization. I know that if I were in their shoes I’d also want revenge. I half expected Abel to join them and help them take those government guys out.

As I read the comic, while I did empathize with the villains, they were targeting innocents and that’s where I become at odds with their agenda. The government guys in this comic were deserving of severe punishment, they were trash. However, the problem here is that Cain and his crew attacked innocent people who had nothing to do with what happened to them.

Overall, I enjoyed this comic. I thought it was action packed right from the beginning and it was quite exciting. There is the Jason Bourne type of feeling to this story. The story is somewhat similar in its nature. I like that the comic had an actual ending and didn’t drag on and on like some comic stories do. Still, the ending could have been a bit more satisfying to me. I was left wondering if there would be another series to continue after this one? But it seems as though this came out quite a while ago. Noting that, I don’t expect any further volumes to come forth. But hey, you never know, right?

I totally recommend getting your hands on this comic, it is a good and fairly fast read.