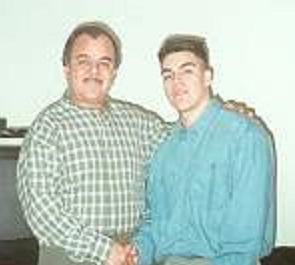 When I was a kid, at some point my dad started talking about how he was slowly losing his hair. So my dad was very intelligent, but his book and school education was rather limited.  Since his book education was negligible, he often subscribed to what we call “Old wives tales.” One of those tales was the story that letting the water from a shower head slam into the top of your scalp would eventually make you go bald. One day he comes over and asks me, do you know that the shower head makes you go bald? The concept was that the repeated water slapping your hair follicles would eventually kill them and make it fall off at the primary sight of contact.

I don’t remember how old I was when he told me this and to be honest, I’m not entirely sure if he was serious or joking. I don’t remember either questioning or agreeing with this logic in my very young mind, but this was coming from my dad, so I’m inclined to think I believed it at the time. I don’t recall having said anything to him about it, other than simply nodding in acknowledgement of what was being said. Though I guess I was quite impressionable if I’m talking about it long after my father has left this world and I’m over 30 years older!

Today I know that this makes no real sense, but at 7 years old, and coming from an authority figure, I had no reason to doubt it. DHT is the enemy of our hair follicles, and I’m more likely to go bald from the creatine I’m ingesting than from taking a shower, but these random memories from my childhood give me life. I thought I’d share this one with you.

Do you have any old stories from your childhood that you’d like to share, such as the shower head makes you go bald?