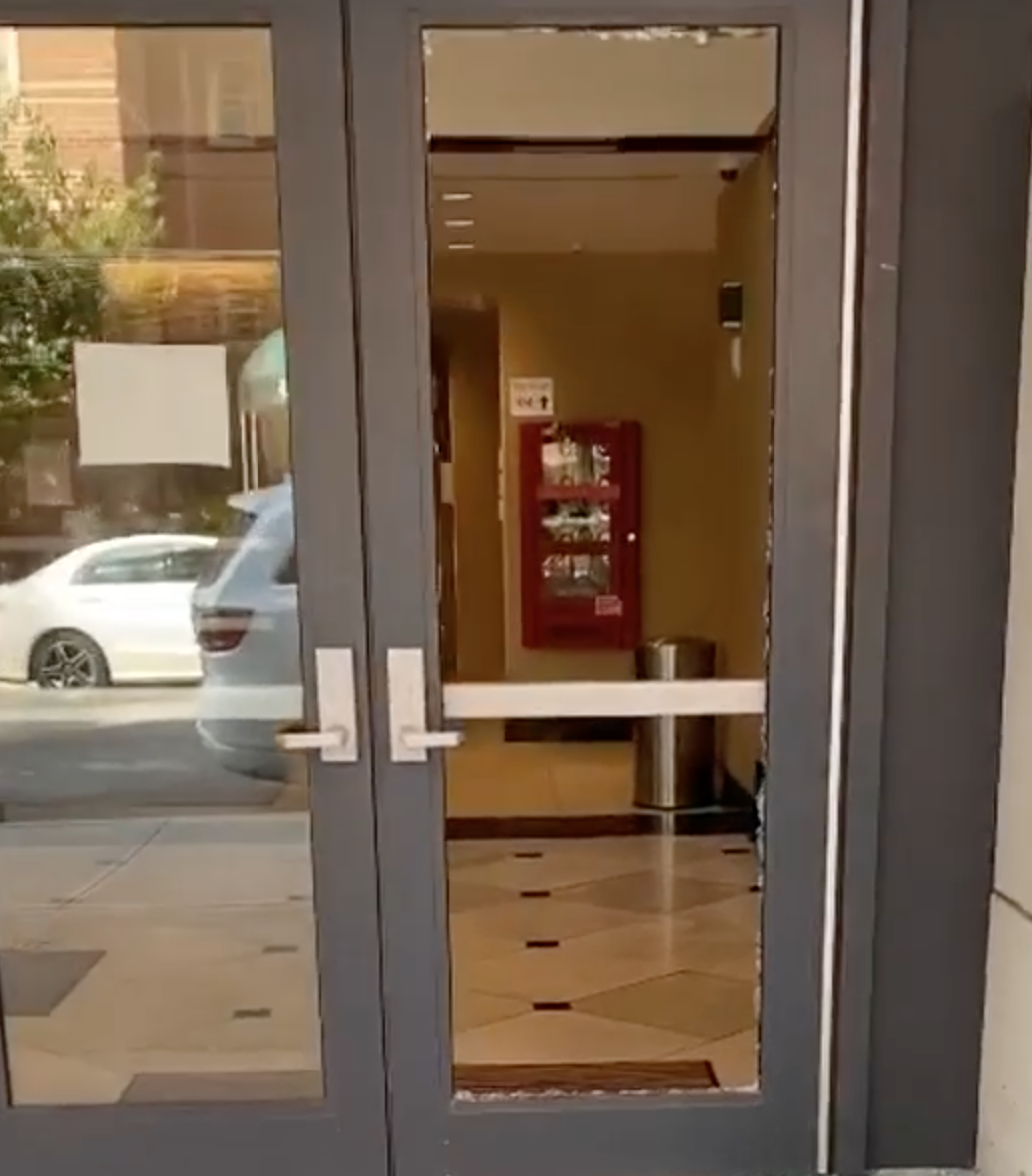 I have lived in the Kew Gardens area for about 9 years now. We moved in around 2011 and the neighborhood was fairly quiet and quite nice. We do have the courts close by, so there is foot traffic, particularly during the daytime, but even so it has always been fairly calm around here.

Once this “new” Umbrella Hotel went up, things began to drastically change. I was once under the delusion that a new hotel would make the area more valuable and help out the neighborhood economy. This was before I knew that the city likes to make hotels into shelters. I thought this might be a good thing as well, you know, help out the community. Now it feels as though I may have been sorely mistaken.

While I’m not entirely sure how the shelter protocol works here, I did start to notice an increase in grown men “hanging around outside.” Okay, that was a bit concerning, but I figured, hey, they are just helping people in need, they have to go somewhere, all good. Right? Wrong…

At one point, there was a group of men regularly drinking by the steps at the old Pasta Lovers site. I happened to glance in their direction once and one of the drunks threw something at me. He missed, but I paused and thought about going over and chocking him out. Then I considered that this clown probably has absolutely nothing to lose, he is after all a grown man sitting outside an abandoned business drunk during a weekday.

On the other hand, I have a family and plenty to lose. Even if I win in a confrontation, I could hurt him or get hurt myself. Either scenario is not desirable. The laws of the street dictate some form of response, otherwise you will forever be punked. So I turned and I looked right at him, I made eye contact, shook my head and then I continued walking. I saw him a few times after that, but he never tried anything further.

Though I have continued to see people, things appeared to have calmed down for a while. No groups were hanging out by the stairs and no one was publicly drunk and throwing crap at me anymore.

More recently something has once again changed at the Umbrella hotel. I want to say it began in parallel to the coronavirus lockdown, and while I don’t know exactly what changed there, I’m starting to notice a much younger crowd by the hotel and more groups of people hanging out on the block again.

This neighborhood has never been one where people “hang out” on the street to smoke or drink. This is a quiet neighborhood that doesn’t have that kind of vibe. But this damn hotel, well it’s changing all that.

As if to drive the point home that the Umbrella hotel will be this neighborhood’s undoing, during early July there was a shooting at the hotel. I understood that some of the residents were having a house party or something, some words were exchanged between a guy and some group, then the dude who was there got shot in the leg as he walked away. I read in some articles that a 15 year old was arrested in connection with the shooting, but the gun was never recovered.

Not to be outdone, the month of August brings us an even bigger shooting, this one was a drive-by shooting directed at the front of the hotel at about 4am over the weekend. This time, I believe about 5 shots were fired. Thankfully there were no casualties except for the glass door. I have no idea what the cause of this shooting was.

I don’t know what the hell is going on there, but I am extremely concerned that this once quiet neighborhood is now becoming a hotspot for gun violence. Hell, even when I lived in the South Bronx, we allowed about 2 months in between shootings, it’s just common courtesy. Geez. Seriously speaking, we had lots of shootouts. In fact, I was used as a human shield in a shootout once, but I don’t remember seeing them back to back like this.

If I was renting out this apartment and I noticed this happening in the area, I’d move out right away. I’m not sure where I’d go because NYC as a whole is going to hell in a hand basket these days. Lots of shootings happening all over the city. But I figure the harder it is to get to your neighborhood, the safer you are.

Anyway, I don’t know where we go from here, but I’m really not happy and I am really tempted to just abandon this ship. Unfortunately, it’s not that easy. Not only do my wife and I own a place here, her parents own a place here as well. We’d have to sell two separate apartments in order to move. And like I said, where could you go? Gun violence is everywhere these days.

The thing is, when the shooting starts, I can’t help but take notice and become concerned. To make matters even more exciting, they are putting up yet another building nearby. Will this be another shelter? Will it bring more drive by shootings? I really hope we get a handle on this thing and really fast.

They got rid of Stop and Frisk, are closing down Rikers Island, released prisoners, stopped arrests for crimes of all sorts, stopped prosecuting “minor crimes”, ended the elite anti crime division, defunded the police,, and stopped removing graffiti , what did they expect would happen?