Home / Let's Talk / When they challenge your lived experience 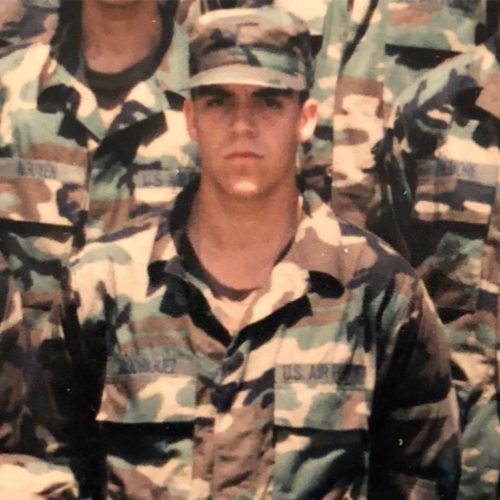 Few things irritate me as much as when someone tells me that something I specifically lived isn’t true.

In basic training I was made a “road guard.” I was specifically told that they chose me because they wanted me to drop some weight. The MTI (Military Training Instructor) specifically said that I was too fat and needed to drop weight. Those words were said to me, in plain English, clear as this writing that you see before you now. They also restricted what I was allowed to eat. But a “know it all” friend of mine claims that I’m lying. He says “I went through Air Force Basic too and that’s just a lie.”

He was mad because I was on tv and told them I was an Air Force Medical Admin, they said is that like a medic? I tried to explain the difference, they didn’t get it, so I said, sure it’s the same thing. So on the tv spot, they called me an Air Force medic, (which wasn’t my job in the AF) then after that, this guy claims that everything I ever say is a lie. Whenever I post a boot camp story, such as the one above, this fool shows up and says I’m lying.

When I was a kid, I got jumped many times. One of those times, several members of that group said “Get that white boy and beat his ass.” As they punched me all over my face and head, they specifically said “that’s what you get white boy.” Yet, I have a few friends that tell me that this is impossible and also a lie. “That didn’t happen Angel, you must have done something to them.”

I was once in the jacuzzi at Bally’s Total Fitness in 42nd street and Madison. A beautiful woman came over to me, she looked me up and down and then said “You are just so beautiful, can I please touch your body?” Of course I said, “Uhm, yes.” LOL. Anyway, another friend of mine (some friends I have, eh) said that this is a flat out lie. “That’s bullshit Angel, that never happened to you, you freaking liar.) Uhm, look at me back then bruh, yeah, it really happened!

What is it with people trying to call you a liar on experiences that you actually lived? Sure, I can’t remember every single detail of everything that I’ve been through, but some things that are extremely outstanding (both good and bad) I can remember clearly.

When a beautiful woman in a jacuzzi asks to touch your body, you better believe that you are gonna remember that! This isn’t something that I misinterpreted, or misread, or somehow perceived wrongly! This isn’t a matter of subjectivity, it is a statement of fact. So what the hell is wrong with some of these people trying to tell me that it’s not the truth?