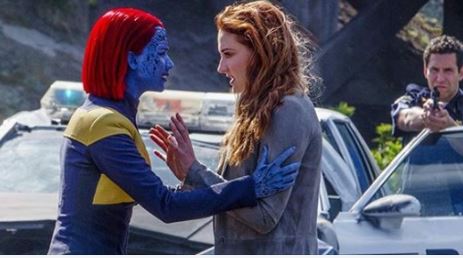 I’m a fan of the X-Men movie franchise. I was looking forward to and excited for the new Dark Phoenix movie. But guess what? Apparently it bombed at the theaters this weekend. They are calling it a flop because it only made $14 million dollars during their Friday run.

Here’s the thing though, I didn’t even know it came out yet! I’m going to see it, and I’m sure I’m going to enjoy this film, but these marketing people gotta step up their game if they want us to know its already out! We want to watch, but we just didn’t know about it.

Hello!!! How come I didn’t see any IG sponsored posts on this film? How come it didn’t show up on Facebook feed as dropping? Sorry Sansa, I’m sure you were great in the movie, but these marketing people dropped the ball on this one.

I mean, I never saw a John Wick film until part 3, but you know why? Cause they marketed the hell out of it on social media. They got me interested and I went to see it. X-Men is a movie that I want to see, yet these fools didn’t even let me know it was out yet. The movie bombing is such a damn shame and totally avoidable. I don’t blame the performers for this, I say shame on this marketing team!