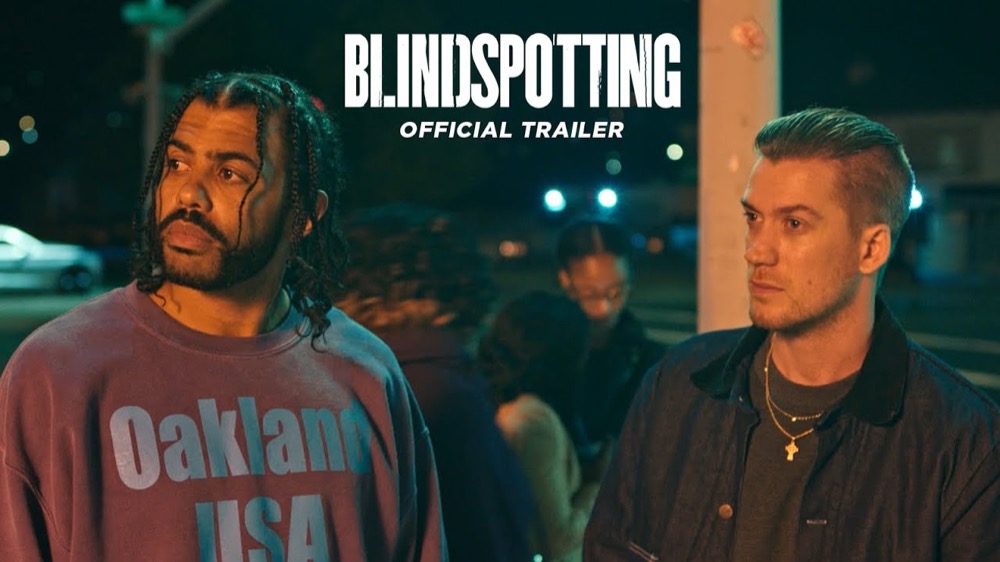 This movie was pretty good overall and it takes on some very important issues of the present (past and likely future) times. The characters often use poetry to drive their message home. As a fellow (albeit inactive) poet I thought that was kind of cool and gave it a unique touch.

My son loved this film and he really wanted us to watch this movie together. We did but we were at odds about some occurences during the film. My son says that I’m just nitpicking and being difficult as usual when it comes to films. But though he is right about me fighting with movies, the points that I was making were pretty significant to me. Let’s discuss the main one here.

First and foremost, when it comes to former felons, there is nothing more risky than being in possession of, or in the vicinity of an illegal firearm. That is just a big no no. If you are on probation, parole, or have a criminal record, you need to stay the hell away from firearms.

One of my biggest issues with these characters, and what really had me highly irritated during this film was the lack of regard or respect these guys had for being in possession of firearms.

If you are a felon you know that you have no business being around a gun! Especially one that is illegally obtained. If you are a convicted felon, and you hang out with a guy who you now know is carrying an illegal firearm, then you are just a damn fool. You have no regard for your life and you deserve whatever your dumbass gets.

On the other hand, if you know that your friend is a convicted felon who could get some serious jail time for being around an illegal firearm, yet you still bring one around him, then you are not only a bad friend, you are a serious piece of shit!

So now that we’ve established that, this film revolves around a guy who just got out of prison and was on parole. Any little mistake during this period will immediately revoke his parole and land him back in prison.

Yet this idiot is still hanging out with his extremely violent, reckless friend who happens to now be carrying a gun which I presume was illegally obtained. I just can’t understand why these guys would behave this way and it really irritated me.

Never mind that his son almost got killed when he found the gun which he thought was a toy, never mind that he ended up in prison for a fight which his friend was a part of, (and didn’t go to jail) never mind that he beat the crap out of someone at a house party and pulled a gun, let’s go hang out during my last 3 days of parole buddy!

With Black Lives Matter protest happening now due to the unjust murder of George Floyd and so many other countless African-Americans, this film hits pretty hard as our black protagonist witnesses the shooting of an unarmed black man by a white police officer. That whole scene was extremely tense and you were left terrified of what could happen at that moment or later on during the film.

Overall, the movie was interesting and I recommend watching it. It finishes on a fairly high note and mostly resolved some of the pretty big issues. I don’t have a problem with the movie overall, I just couldn’t understand how these guys could behave so irresponsibly with each others lives. Talk about a toxic relationship!

I’d love to hear your thoughts, please share if you agree, disagree, hate, whatever in the comments!