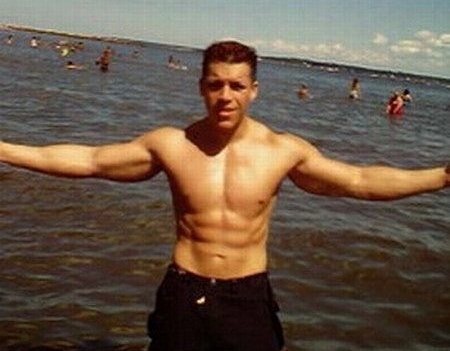 So I have some goals that I’d like to achieve. It is now summer time and to be honest, I expected to have achieved my goals by this time. I was well on my way to hitting those goals and then I got sick. The illness was many months ago, but it was a major setback. I had never experienced that degree of pain in my adult life. This was no ordinary flu, I mean I wanted to cease existing due to the physical pain.

During the first week, I didn’t eat much of anything. I only took in some bread to take my pain meds with. But during the second week, its like I had to make up for lost time. I ate in abundance, and I ate bad. During that second week I put on over 20 pounds of body weight. So from about 190, I went up to about 220 pounds. Since then, I have been unable to get back under 200 pounds again. It’s been many months, and though I’ve hit 205 and flirted with going under 200, its been many months since I’ve returned there.

Today, I feel bloated, soft, and pudgy. I’m disappointed with myself for backtracking after putting in so much work and effort into my craft. However, though beaten, I am not defeated. I have identified what my failures are, and I have come up with solutions.

One of the major factors that helped me move forward was meal prepping. However, my cooking sucks so I’ve stopped doing that. Recently, I have been eating clean, but I believe that my caloric intake is far too much. As such, though I’ve still been training, my weight loss has been halted. To address this, I’ve decided to return to meal prepping, but with a twist. I’m trying out a company called Trifecta which does healthy meal prep for you. They provide the macros and all that good stuff. No more guess work regarding calories and no more gross Angel cooking.

In addition to this, I realized that I must reinstate my frequent cardio sessions. I tried to dial them back in hopes of increasing my testosterone and to let my legs heal from the overuse. However, without cardio it is unquestionable that I get fat. Like I said before, the lightest I’ve been during this last weight loss go round has been about 190 pounds and I’m currently at about 210 pounds. I had backed off the cardio to let my legs heal as my calves and achilles tendon had been killing me. But they are better now so it’s time to get back to work!

I’m a bit unhappy with the weight gain, but they say that sometimes we have to take a few steps back in order to go forward. I’m not happy, but I’m still motivated and focused on my goals. I’ve got my meal prep on deck starting the end of this week. I’ve taken some time to heal my legs and they feel better. Starting next week I’m going to bump up my cardio significantly. In addition to that I’ll be doing at least 3 days of brazilian jiujitsu a week. I’ll also squeeze in about 2-3 days of yoga and I’m going to add one or two days of heavier strength training. I’ll be doing all this while still teaching my conditioning and Zumba classes.

To do all that I want to do and hit my fitness goals it will take some very strategic planning. I’ll have to figure out my fasts, economize my time, workouts and recovery. All that must be done while trying to get the most of out of my nutrition and cutting my carbs and overall calories. I’m not gonna lie, it feels a bit overwhelming at the moment, but I’m sure I’ll figure it out.

Here’s to the next phase of my transformation!