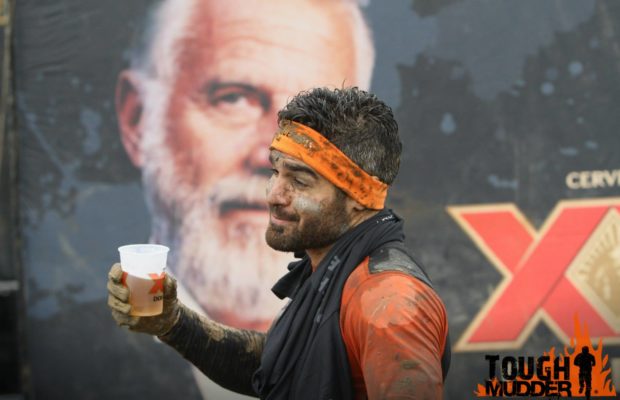 As a musical artist, a fighter, columnist, and over all badass, I have used the term “that guy is a beast” many times. However, few people are more deserving of the title than my former Equinox Trainer, Tom Ram.

Tom is a gentleman that I met while I was doing dumb bell presses at Equinox sometime ago. There I was doing these heavy dumbbell presses, he was passing by and we ended up chatting for a bit. I’m sure the conversation was no accident, Tom didn’t approve of what I was doing! During that conversation, he planted the seed of possibly working with a personal trainer. I have never felt the need to work with a trainer before. As a guy who was working on his own ACE certification in the past, I didn’t feel the need to work with any of these guys. As a man who has been featured in fitness magazines for his abs, and been on television shows judging food, I don’t need any advice or help from these fancy smancy personal trainers. These guys are for the rich people who don’t know how to wipe their own asses, what could any of them possibly help me with that I couldn’t do for myself? I know all that there is to know about training! I’m a manly man, I don’t need no damn help!

Turns out, I was wrong.

Enter Tom Ram. A former IDF instructor turned civilian trainer. I decided to take the complimentary training session that was provided by Equinox. The short 30 minute session was extremely challenging. All the training that I had done up to that point meant nothing, I was completely and utterly unprepared for this type of workout. Okay, you have my attention now, TOM RAM! I definitely want to take some more of these personal training sessions. I decided to bite the bullet and signed up with Tom and his personal brand of crossfit training! I worked with Tom for about three months. During that period, my physical condition improved greatly. My diet went from decent, to very good. My flexibility became much, much better, and my strength and conditioning went up significantly. In that short period, I dropped from about 260 pounds, to 230 pounds! This wasn’t water weight, this was real progress, real fat loss! I was feeling great, and the fact that I had a trainer waiting for me at a specified period of time ensured that I was consistent. Consistency has been my greatest challenge as of late. Tom believes in taking a functional and balanced approach to training. That’s why he seemingly approached me. He saw a heavy set guy, throwing around heavy weights like a monster, and he knew that this was not the type of training that I required. He proved that to me during that complimentary session. If what I was doing was working, I should not have been so destroyed by his session. I should have been in somewhat decent shape. Every workout with Tom was different. First thing, he’d have me put on a heart rate monitor for every workout, he used this to gauge how well we were doing. The workouts were never once boring! We never did the same thing, he switched things up often to keep the body from adapting, and it was great! Each workout began with some warm up moves, and some stretches. Tom was adamant about my need for stretching, especially after seeing how tight and useless I have become over the years. Due to this, he formulated workouts that not only challenged my cardiovascular and strength systems, but also focused heavily on restorative and flexibility training.

One day he would have me bench pressing weights, and the next day I was doing push ups, TRX rows, and planks in a rotation for 5 minutes straight. Posture was a major sticking point for Tom, and as the sloucher that I am, he focused heavily on back training for me. No session was ever the same, and every workout was extremely challenging. Tom is good about balance, but when dealing with someone like me, I don’t like to quit or take a break, so many times during our training I reached the point where I ended up vomiting. Tom did not approve of this, and made adjustments as necessary to try and not reach that point. But he knew the type of person I was, so he allowed me to push as hard as I wanted to. Tom is a tough trainer, but he’s also very funny and down to earth. He truly cares about his clients. I really believe this. Training with Tom is not only limited to the gym. He often sends his clients and former clients emails, text messages to check up on their progress. He also takes the time to work with the nutritionist and other experts to design your food plan, and overall lifestyle changes to ensure success. He checks your progress each training session, and adjusts according to his findings.

The guy is one hell of a trainer, and I really miss working out with him. He kept me in check, and kept me accountable. There is a reason that he has been the TOP trainer at Equinox for some time now! He works, and he works hard! There were no sick days for Tom, no excuses, he was at the gym very early, and very late. Clearly separating himself from the pack. As was evident by the frequent promotions, and the accolades the company provided him. Let us be clear about something, Tom did not ask me to write this, I wrote this off of my own accord because I wanted to share my experience with you guys. Especially since I was that guy who thought they knew everything, and I saw ZERO benefit in working with a trainer.

There were some trainers that I have seen who were fat, and completely out of shape. Meanwhile these guys were trying to tell me, a guy with an 8 pack of abs, what I needed to do to get in shape. Give me a freaking break, bro. It’s different with Tom and most of the trainers I met at Equinox, those guys all live the lifestyle. I don’t recall seeing one fat trainer there!

That’s not to say you can’t look pudgy and be in shape, I know better than this. What I am saying is that these guys are on some next level stuff! The only reason I don’t train with him anymore is because when I was laid off, I loss the Equinox corporate rate. I didn’t think it was prudent to pay the full rate for a gym at Wall Street, when I no longer work there, and especially when I have a cheap, crappy gym right by me in Queens. Meh. 🙁 Losing Tom sucked, and since then I have slowly reverted to my old ways. I gained back all the weight, loss the flexibility, and once again I struggle with consistency. The food has also become a problem for me again! I’m working on myself, and I had hoped that during this time off from work, I’d be able to return to that Angel of old, but I struggle with this every single day.  I cannot emphasize how helpful training with Tom Ram was. The help he provided was invaluable. I still get his emails, those help!

Personal training sessions, much like the Equinox gym itself are not cheap, but it really is an investment in yourself. If you’d like to work with Tom Ram, or to learn more about his programs, you can contact him at TRG Fitness on Facebook, or @TomRamG on twitter.