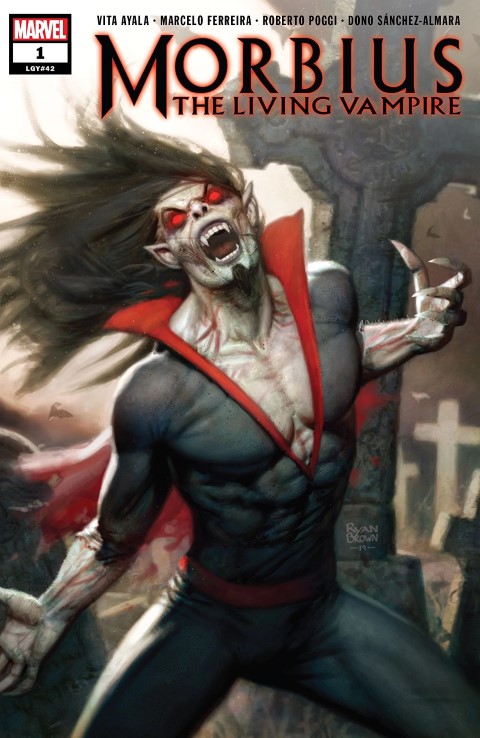 I didn’t remember that I had actually read a Morbius comic when I watched the film a few days ago. So I just reread the 2019 Morbius: The Living Vampire comic release. It kind of seems to be a fresh start from the beginning of sorts, but it was not much like the movie though.

Well, except for the fact that it opens the first comic with Morbius looking for a cure to his vampiric nature. He’s also trying not to kill anyone. He left all the bad guys hurt, but alive here. It is similar to the film in terms of his mindset. Though he did kill the crap out of many in the movie, he did feel bad about it, like many of these heroes and antiheroes often do.

I never quite understood that obsession with “not killing” for super heroes. If you leave the villains alive, they’ll continue committing crimes and killing people in their wake. Every time you let them live because of your moral code, you in essence kill every one of their future victims.

This obsession with keeping them alive is obviously misguided. I mean, spare the joker? Does Batman really think he can be redeemed? That he will pay his debt to society? That he won’t escape and continue to kill? Give me a damn break, Bats. Do like Superman in Injustice and kill the motherfucker. In my opinion, every one of Joker’s victims after the first time Batman caught him is on Batman’s hands. They wouldn’t be dead if he did what had to be done from the start.

In any case, I digress significantly. So the first comic in this Morbius series was pretty entertaining and I look forward to picking up and reading the rest.

The Black Order – Warmasters of Thanos
Drake beefing with a youtuber?