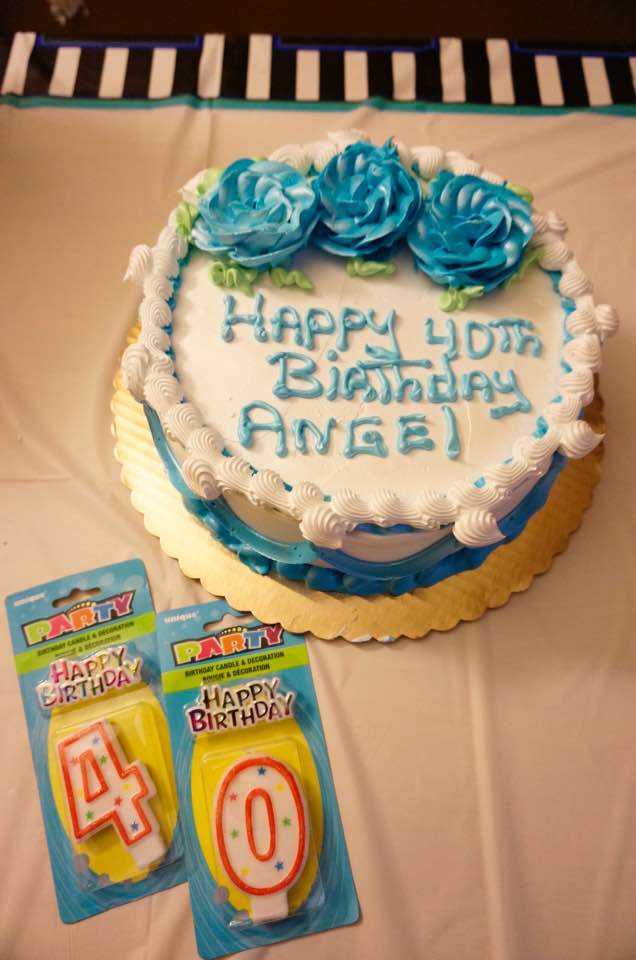 So I’m one of those grumpy old people who thinks that a birthday is just another day. But for some reason, I kept thinking that 40 was some sort of milestone birthday, and that I should be doing something out of the ordinary. However, I couldn’t be bothered planning a party, or trying to get people together. There are few things as annoying and stressful as trying to get a bunch of adults, many with kids, in one place at the same time for an event. I’ve tried this, and I just can’t be bothered. Months ago, mom told me that we were having dinner at home for my birthday. So, no matter what I planned, Sunday was dedicated to my mom and sister. Little did I know that they were conspiring with my wife behind my back to plan a little surprise party for me. Now, though I had not idea that they were doing this, my logical thought process gave me a slight suspicion that something may be going down. But honestly, I wasn’t thinking of it at all. When I arrived, I saw mom, gave her a kiss, and then I walked in to a nice surprise. They had bought a cake, put up balloons and decorations. It was so nice and thoughtful. Really, I had no plans of doing anything big, and this was a very nice surprise. Many of my mom’s friends were there, my son, little sister, her dad, grandma, a few of my childhood friends and adopted family were there, it was super nice. There were a few important people missing, but hey, life takes us where it takes us right? I’m grateful for the ones that I was blessed with spending time with, and I’m truly grateful that they did this for me. I was smiling most of the night, and genuinely felt good. Some of the ladies were dancing and being silly, which made for good laughs. I met my sister’s boyfriend, and separately, me and her dad gave him the older family member speech. I’m sure I creeped him out with some of the things I said, but he handled it like a champ. Also, I trust my sister’s judgment. My advice was simple, use protection and don’t get pregnant early, and don’t mistreat her. The talk about my owning guns and all that, that’s just small, casual talk. He seems like a cool dude.

So I’m 40 now, and I don’t feel any different than I did at 20. One of my friends said that my 40 looks better and younger than my 35 did, and I thank fitness for that. Mentally, I’m the same guy I was then, albeit more experienced and slightly more mature. I’m the father of a 17 year, and my sister is 22 now. All that being said, I still feel young at heart, and I don’t know what a 40 year old is supposed to look like, behave, or act. I’m just me, and this is where I’m at. Thank you all for the birthday wishes, and thank you to my loved ones for sharing this day with me.