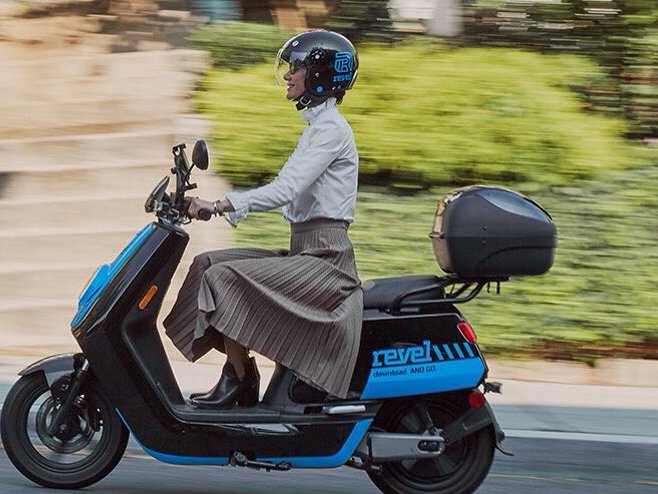 I only realized a few days ago that we had a scooter service here in NYC. How did I find out? I found out through the same means that cause it to be shut down in NYC.

I was walking on Queens Boulevard towards CVS with my son and we saw three young guys zipping down this road which is often called the Boulevard of Death without a care in the world. They were looking back, goofing off and playing around recklessly. I believe I said, those fools are going to get themselves killed.

Not even one day later I am reading about how Revel has been shut down in NYC due to 2 deaths in about two weeks. There are also several lawsuits and quite a few reported injuries.

Now please don’t get me wrong here, I feel for the people and the families who lost their lives. I feel for the people who have been injured, and I feel for anyone affected. But let’s be real here. I just told you guys what I saw, and how only 2 seconds was enough for me to predict the unavoidable outcome here. The company, Revel, is not entirely to blame for this, though of course they will get blamed.

The real problem is that us New Yorkers are going to think that these mopeds are like bicycles or toys. Most of us will not respect the danger involved in operating one of these mopeds because we’ll think it’s a toy.

We’ll get on it and think that we can joyride them and it’s all goody. But these are not bicycles or toys, they are licensed motor vehicles. One of the individuals who lost their lives crashed into a post. That should illustrate how dangerous these things can be and why we should not underestimate them.

If you are riding one of these, you should at a minimum be wearing a helmet. You should realize that you will be in traffic with large, heavy vehicles that can kill people who have the protection of being in other large, heavy vehicles. Now imagine what they could do to your little, itty bitty moped riding body. That’s not to mention the objects you can hit or taking a fall from one of them at high speeds.

There has be some form of training or way to ensure that the person who operates it is responsible and properly knowledgeable on how to operate it. You can’t simply just release one of these to a bunch of New Yorkers and expect them to be safe. This isn’t DC, and we have roads like Queens Boulevard and the Grand Concourse in the Bronx. Having these roads shared by these mopeds is a huge risk in an aggressive motorist place like NYC. I’m curious to see how they handle this in the future.