Home / Growing Up Bronx / Rocks on the train track

Rocks on the train track 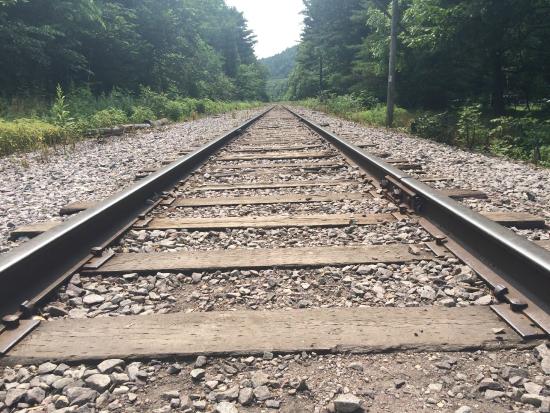 When we were kids, we did really stupid and dangerous things. The list is plentiful, and over time I’ll share more of those Growing up Bronx stories with you. Stories like riding in the back of the bus, or climbing homemade ropes over walls upside down! Man, did we ever put ourselves in danger!

So one of the other things we used to do was to go by the metro north train tracks, we would line up little rocks on the rail, then hide behind these wood shields we built. When the train would come, it would roll over the rocks and send them flying off like projectiles in all directions. We would duck behind the fort and hear the makeshift bullets slam against them. It never occurred to us that this could derail the train, the rocks were too small, and we never thought the rocks could penetrate the wood we hid behind.

In hindsight, when I think about this it bugs me out that we put ourselves in harms way like this. We were just stupid teens trying to find some entertainment in a place that provided none. Those rocks could have easily penetrated the wood and made their way into our skulls. Thankfully none of us ever got hurt and we never derailed a damn metro-north train. Lord knows I wouldn’t be writing this memoir right now if that happened!

Please take note of the date on a post. Over the years my views have evolved. I'm constantly learning and growing.
Related Items
← Previous Story Dad bailed out of jail
Next Story → Can Angel have company?
Subscribe
0 Comments
Inline Feedbacks
View all comments