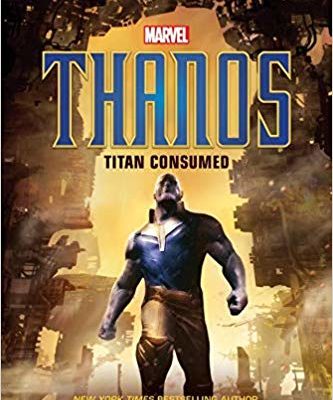 I started reading this book sometime ago. It’s been a few months or so. The thing when it comes to my reading, is that unless I’m riding the train somewhere, I don’t get to read much. I’m working on that, but generally my reading is done when I commute. Since I don’t commute often these days, my reading hours have been greatly decreased.

In any case, I had a long trip to DC this week, so I brought both my iPad and old school kindle with me. Yes, I know the iPad has a kindle app, but I prefer to read my books on my kindle. My iPad is where I consume my comic books from. This trip presented the perfect opportunity for me to finish reading this book, and that’s exactly what I did.

Okay, so let’s start by saying that I will not give any major spoilers here, also it should be noted that my comic book knowledge is limited to a few films, comics and books I’ve read. I’m by no means an expert on this. However, I have to ask you guys, when it comes to books, comics, etc, do the writers take liberties as they do in the films? I read the Civil War comic and watched the movie, the stories were significantly different on both.

That being said, I find that the same is happening when it comes to novels and comics too. I’ve read several versions of Thanos’ life story and at least this book and Thanos Rising give us entirely different stories about Thanos’ life. Again, I won’t drop any spoilers, but I wonder why that is? I’m reading these books because I want to learn their stories, but as I come across all these differences and discrepancies, I don’t know what to believe. Mind you, there are some similarities, but also some major differences.

I enjoyed the book, it was entertaining, but it is a long read with many things going on. It kind of felt like I was reading multiple books condensed into one. Several portions of this could have probably been split up and make entirely different books. But that doesn’t make the book bad, it just makes it feel very long. But even with that I didn’t have any issues reading through it.

We get to learn about Thanos as a child, teenager, exile, prisoner, warlord, and ultimately we are led down the path of the infinity stones. If you are a fan of Thanos, then this read is totally worth picking up.