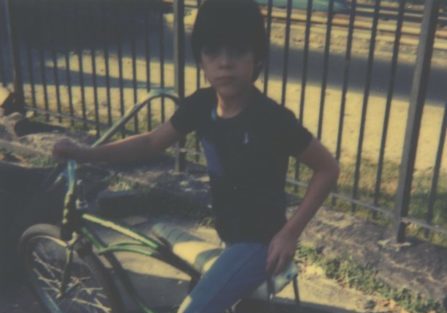 I recently saw a video where the creator said that kids who are kind of mistreated in childhood by either parents, siblings, friends, classmates, the streets, etc tend to spend their lives carrying that childhood trauma. The results of this can manifest itself in many different ways.

One of the ways it can be manifested and the one I’ll talk about is this need to always be way too nice. Thanks to that trauma from childhood, we tend to think that we are never good enough and we always want people to like us. Because of that need, we tend to be really nice to everyone. Too nice, even when we probably shouldn’t be.

I was thinking about something I did a few days ago. I actually caught myself in the act of doing this very thing which I have been trying to minimize. I overheard a conversation and I found myself offering to share something that I paid for with some random guy that I don’t even know.

After I made the offer, I immediately regretted it. The vibes that I was getting from this dude were not very friendly, so why did I feel the need to “win him over” or “gain his favor” by offering my personal, hard earned crap? He wasn’t being hostile towards me, but he wasn’t giving me any cool or friendly vibes. He definitely was not putting out the kind of vibes that we share our crap with.

In any case, before I withdrew the offer or came up with some lie to say that it wouldn’t work, he said he was good, no need. That worked for me because it saves me the trouble of having to back out of it after making the offer. Within a few seconds around this guy, I had decided that he’s not worthy of this kindness. Not yet anyway.

None of that matters though, what matters here is that even at 44 years old, while I’m an accomplished, grown ass man, I still felt the need to try to utilize these over-friendly gestures to gain friendship or favor from some random.

I’m ashamed about this and I feel that I devalue myself and the people who really matter when I do something like this. Why the hell do I feel the need to liked by this person who I don’t even know? I don’t even know if this guy is a good person or likable? Why do I feel this need for approval? Knowing me is a privilege, the kind of person I am, having my friendship is an honor. So why am I treating it with such disrespect and lack of value?

The good thing is that I became aware of it as it was happening. There I was offering this cool stuff to someone who I don’t even know, trust or even deserves it. Why? Because I was abused in my childhood and need to be liked? No, screw that nonsense!

Part of growth is self awareness. I think that knowing our faults and catching ourselves in the act is part of the improvement process. Even if a little, I know I have improved.

Are we those people?
Am I depressed?