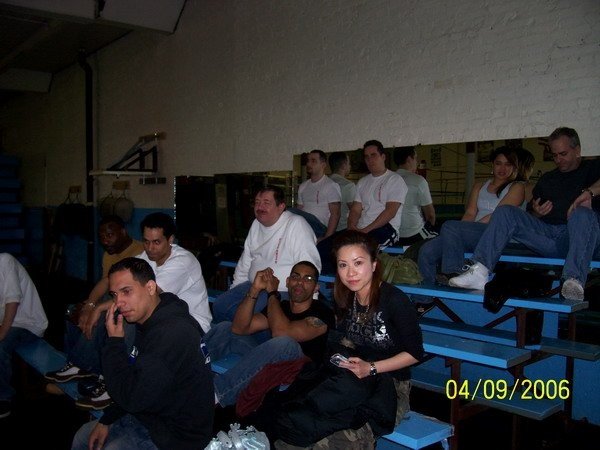 My wife is a very sweet, innocent woman. She isn’t street naive, but she isn’t what we would call street smart either. I think she sees the good in everyone, and that makes her very likable. Too likable sometimes. LOL.

I remember one time I had finished teaching a class and I came out from the studio. She had told me about some guy who was talking to her about Wing Chun and showing her some moves on the heavy bag.

After class I saw the dude and he tried to talk to her again, I stood there watching and could immediately tell that this cat was smitten with my woman. I don’t blame him for that, she’s wonderful and I too am quite smitten with her.

In any case, he started talking about his Wing Chun again, and then started doing some moves in front of me. She gave me a funny look and it was time to go. The guy seemed nice enough, but I don’t think the lady was impressed with his moves. He didn’t seem deterred once I was introduced as her husband, homeboy was still going in on that bag.

“If they come forward, you do this, bah boom, boom bah, slice and then the fight is over!”

Okay, buddy, whatever you say! Mind you, one of the first dates my wife and I went on was to an underground fight club where she saw me and other grown men beat the shit out of each other. You gonna have to do better than a few forearm strikes on a heavy bag to impress us.

In any case, I thought it was funny that the way he was trying to impress her was by doing that fighting stuff on a heavy bag. I mean, I could understand that when we were kids, but this guy was an adult. That was just funny to me.