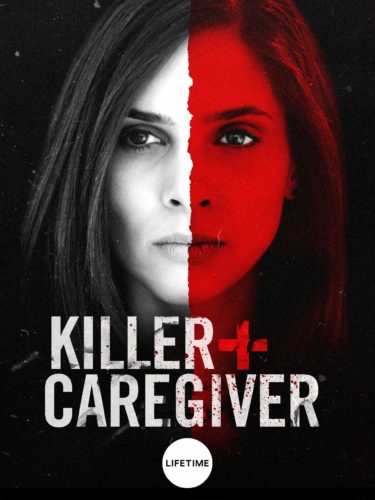 So my mom was watching a lifetime movie called “Killer Caregiver.” Watching this ass splinter of a film raised my blood pressure through the roof and put me into a ranting and raving murderous rage.

There is a man who we’ll call Dad. So Dad hits on a woman who we’ll call Innocent, Innocent rejects his advances and tries to leave. Dad goes to stop her and somehow damages her car in the process. Since Innocent cannot drive away, she starts to walk away from him. Dad chases her, but the car begins to move and roll towards them. Innocent notices this and tries to get him out of the way. It’s too late, they both get hit by the car, but he gets killed and she ends up with a broken arm.

Later on, Dad’s wife (who we’ll call Mom) kills herself because she’s so sad and distraught about her husband’s death. This leaves their daughter (who we’ll call Psycho) distraught and she blames Innocent for killing her parents and ruining her life. She’s convinced that Innocent hit on her father and caused the aforementioned chain of events. This woman is a damn nut job, though as you’ll see they try to pass her off as some criminal mastermind who is immune to failure. Damn ass clowns.

Throughout the entire film, Psycho kills people and is never suspected, investigated or arrested. She simply gets away with murder and carries on. Really? Like what kind of special skill does this woman have? Give me a break! But that’s not enough, she also has super knowledge and knows all the details of their personal lives. So she then proceeds to set up Innocent’s husband for murder, manipulates her kid and also manages to fake being a caregiver who helps her with her arm injuries throughout the whole process. Ingrown hair of a plot.

As I watched this fantastical overweight turd of cinematography I saw so many damn holes where Psycho should have been caught or exposed. I mean I was screaming at that damn tv as this navel lint of a film progressed. The level of stupidity and ridiculousness we saw was beyond comprehension. My mom and our friends laughed at me because I was getting so visibly annoyed about this dump truck content of a film.

Psycho kills this chick that Innocent’s husband had once had an affair with. She then attempts to frame the husband. But here’s the glaring thing that apparently no one thought of… When the woman was killed, the husband was checked in to a hotel with his wife and kid. They then received a message to go back to their home (which they were kicked out of because of Psycho, SMH) and that’s when they found the body. Obviously, the cops arrest him because of the evidence that Psycho planted. You know, like his finger prints on a knife which is in his own fucking house! Seriously! You don’t expect to find his prints on his own fucking kitchen knife? Like these idiots couldn’t easily have just called the hotel and determined whether or not he was there when the murder took place? For fucks sake, at least make the thing believable!

We can’t steal a bag of chips or hop the train without getting busted and arrested, but this woman murdered like 3 or so people without getting caught. She faked an entire career without getting caught? She nearly hung a woman without getting caught? Then at the end of it all, they said, “She confessed to killing this person and told us where to find the body.” The body was in a car by the way, so no one smelled it, searched it, nothing? No one filed a missing persons report, nada? It took a fucking confession from Psycho for the good guys in this to get cleared? Seriously? Are you fucking serious right now?

Fuck lifetime and this ridiculous story line. Fuck Killer Caregiver for putting my eyes, brain and blood pressure through this emotional trauma. I’ll close by stating that y’all can come and try that shit in the hood, that movie would be over in like 5 minutes. Get the fuck out of here with that bullshit.