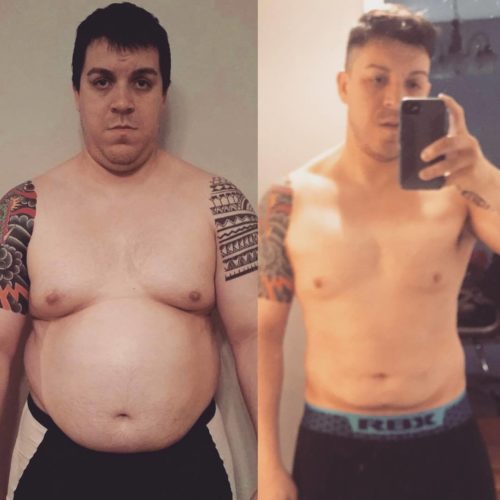 Have you ever wondered if you should comment on weight? When it comes to weight gain or weight loss, I tend to keep my opinion to myself. I may think something, but generally I keep my mouth shut about it.

Recently, I saw two people who dropped a significant amount weight. One was a female at the gym and the other was a tenant in my building.

The female I recall was going into competitive boxing. I presume that if she really started to fight, she dropped the weight to enter a fair weight class. But she didn’t tell me that, and I don’t know it for sure. We saw each other from a distance and I was staring at her cause I didn’t recognize her but she looked familiar. She then waved at me, I waved back. Then she started hitting the bag, that’s when I connected who I thought this was.

The man, I saw him in the elevator with his wife. His stomach has always been huge and sticks out of his shirt. This time though, it was smaller than I’d seen in the past. He looked slightly leaner in his shoulders as well as his face. He looked pretty good.

I didn’t say anything to either of them. Why?

Well, here’s the thing, when someone gets fatter, do you think they don’t know it? I think they know that they’ve put on weight and you are not delivering any news. Unless you are trying to be a jerk, keep that statement to yourself.

Generally speaking, I believe that weight loss is perceived as a good thing. However, we don’t know if someone is sick or something happened to them, in which case it may not be a good thing. Since we have no way of knowing, I think its best to keep our mouths shut unless they engage you on the topic.

Unless a person comes up to me and says, “Man, I’ve been working really hard on getting this weight down,” I won’t say anything. If they tell me that, then I’ll know it’s safe to compliment them on their hard work and efforts.

People are really sensitive about weight, so it’s best to exercise extreme (pun intended) caution around that topic. What do you think?